December 6, brings up memories of St. Nicholas’s visit in our home in Budapest Hungary. You may never have heard of the Saint Nicholas, but in Hungary, but for many Hungarian children it is a special day. December 6 th is the day when Hungary ’s Santa makes his rounds, traditionally, by a horse drawn sleigh. He is said to be accompanied by two helpers, a good angel who gives out presents to good children and a krampusz, a mean goblin who punishes bad children.

Santa is Szent Mikulás (Saint Nicholas) and 6 th December is Mikulás Nap (St. Nicholas day). He is similar to the Western Santa except that instead of a Santa Clause costume he wears the red robes of a bishop, a red miter on his head and carries a staff in one hand.

On the evening of December 5 we children polished our shoes and put them on the window ledge. By morning, if I had been good, judged my parents, Mikulás filled my shiny shoes with candy, tangerines, walnuts, apples, and chocolate Mikulás figures. I remember back then, the Mikulas candy was the figure of the saintly Nicholas who gave of his fortune to poor family’s children.  See more about  St Nicholas legends

Though many legends floated throughout Eastern Europe most relate back to Nicholas born to a wealthy family in Patara, Lycia (modern day Turkey). His parents died, and he inherited a considerable sum of money, but he kept none of it. In the most famous story is about Nicholas  throwing  bags of gold through the windows of three girls about to be forced into lives of prostitution as (as a child we heard the girls had no dowry and could not be married and would have been sold as slaves). This sounds more real to me than any other legend, It is not so different today, human trafficking is common is many parts of the world. Human trafficking, is the dark shadow of our culture, sadly,  it is among us, often unseen. See more about this Human trafficking, the dark shadow upon our culture

Getting back to my memories of one Mikulas Daywhen my family was invited to a Mikulas Day celebration. We were gathered at a friend’s house waiting for his arrival. We heard loud thumping outside the door, suddenly I was a bit frightened, just not sure what to expect. The door opened and he walked in tall, impressive in his bishop’s robe, mitered hat carrying a big bag in one hand and holding unto his tall golden shepherd’s staff. Behind him lurked the dreaded krampusz, with red horns in dark devilish red. I was spared the twigs and received a bag of candy and nuts.  Mikulas was stern, he warned us to be obedient to our parents and be good to each other. The memory of that one night remains vivid though I never knew who played the part Mikulas and Krampusz.  The night remain very real feelings of fear mixed with expectation of goodies. None of us moved to open our goody bags until Mikulas had thumped out of the room. At home, If I had been bad, my shoes would not have goodies, instead just a bundle of twigs usually with a krampusz-figure attached, indicating a beating is in order. Thankfully, I never got only twigs. I still recall fearing the morning of Dec. 6. Since I was never all good or all bad, I usually got a bundle of white twigs sprinkled with glitter and the goodies. Memories of Mikulas Day celebrations were fearful and wonderful.

Memories of holidays, celebrations and special occasions form the fabric of who we are. Our world view is shaped by these memories.  Psychologists call memories etched into the fabric of our being,  Episodic Memory. According to Swedenborg, memory is multi layered; we recall events in the exterior memory, but the most interior memory is shaped by God’s presence, where the very fabric of our being is maintained.  See more about this in Swedenborg’s, A C n. 2490. More startling are reports of many Near Death Experiencers’ (NDErs) reports about Life Reviews during intense Near Death States. People experiencing panoramic simultaneous recall of their life-events and the feelings associated with them are truly amazing phenomena that has life altering effects on those undergoing  life-reviews. Here is just one example of an NDEr’s  Life Review.

Sharing our holiday memories is fun, join us for a festive occasion on Sunday December 16 at 4:30 at 698 E. Wetmore Rd. suite 200B, Tucson AZ, a sharing of holiday memories. 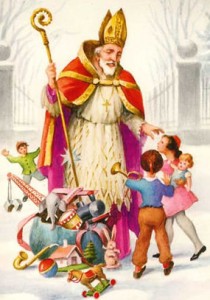