You are here: Home › Uncategorized › Man and myth

Myths grow up around men and women who stand out from the crowd. Not surprisingly, Saint Patrick stood out among missionaries and evangelizers. Myths were circulating about him during his life time but over the centuries a mantle of the miracles spread about him.Our second child was born on St. Patrick’s Day. Naturally, I became fascinated with the myths surrounding St Patrick. Happily I shared them with our children. I was in good company on St. Patrick’s Day, then and now, we celebrate our son’s birthday with the traditional corned beef and cabbage and Irish soda bread.

The man emerged from the legends while I studied   The History of Christian Spirituality  at Earlham School of Religion. A revival of  all things Celtic particularly music and art though popular everywhere does not shed light on the man or separate him from the myth.

The myths shrouding the man Patrick fell away to uncover an audacious bold evangelist who Christianized Ireland.  Patrick, I learned is the rock star among Celtic Saints, set the course for Celtic Spirituality. St Patrick, born in England in the late 4th century A.D., was captured by pirates as a child and brought to Ireland. During his enslavement, he was called in a vision to Christianity and escaped his captors after six years. He returned to Ireland as a missionary, and in his teachings, combined Irish pagan beliefs with Christian sacrament, devising the Celtic cross. Celtic crosses prominent in Ireland’s cemeteries testify of the ancient blending of Christian and Celtic motifs.

He was a hero for Christ. Patrick modeled the Apostle Paul in his travels across Ireland. Patrick overcame the cruel violent Celtic Gods with Christ’s love.

We can know something of the trust and confidence Patrick placed in divine leading from his beautiful prayer known as ‘St. Patrick’s Breast-Plate,’ a poem that reveals a man seeking divine aid against the enemies of Christ. It is believed to have been composed by him in preparation for this victory over paganism.  Here is one of my favorite translations.

I bind unto myself today
the strong Name of the Trinity,
by invocation of the same,
the Three in One, and One in Three.
I bind this day to me forever,
by power of faith, Christ’s Incarnation;
his baptism in the Jordan river;
his death on cross for my salvation;
his bursting from the spiced tomb;
his riding up he heavenly way;
his coming at the day of doom:
I bind unto myself today.

I bind unto myself the power
of the great love of cherubim;
the sweet “Well done” in judgement hour;
the service of the seraphim;
confessors’ faith, apostles’ word,
the patriarchs’ prayers, the prophets’ scrolls;
all good deeds done unto the Lord,
and purity of virgin souls.

I bind unto myself today
the virtues of the starlit heaven,
the glorious sun’s life-giving ray,
the whiteness of the moon at even,
the flashing of the lightning free,
the whirling wind’s tempestuous shocks,
the stable earth, the deep salt sea,
around the old eternal rocks.

I bind unto myself today
the power of God to hold and lead,
his eye to watch, his might to stay,
his ear to hearken to my need;
the wisdom of my God to teach,
his hand to guide, his shield to ward;
the word of God to give me speech,
his heavenly host to be my guard.

Against the demon snares of sin,
the vice that gives temptation force,
the natural lusts that war within,
the hostile men that mar my course;
of few or many, far or nigh,
in every place, and in all hours
against their fierce hostility,
I bind to me these holy powers.

Against all Satan’s spells and wiles,
against false words of heresy,
against the knowledge that defiles
against the heart’s idolatry,
against the wizard’s evil craft,
against the death-wound and the burning
the choking wave and poisoned shaft,
protect me, Christ, till thy returning.

I bind unto myself the Name,
the strong Name of the Trinity,
by invocation of the same,
the Three in One, and One in Three.
Of whom all nature hath creation,
eternal Father, Spirit, Word:
praise to the Lord of my salvation,
salvation is of Christ the Lord.

Patrick’s prayer inspires us to “bind ourselves to God” each day, trusting Christ within to overcome our 21st Century “gods” that enslave us; greed, hatred, fear, disillusionment, revenge, loneliness just to name a few. They are not brazen as the gods of old, but rather like weeds in a garden,  growing insidiously; choking our happiness, trust, joy and confidence in God’s power. 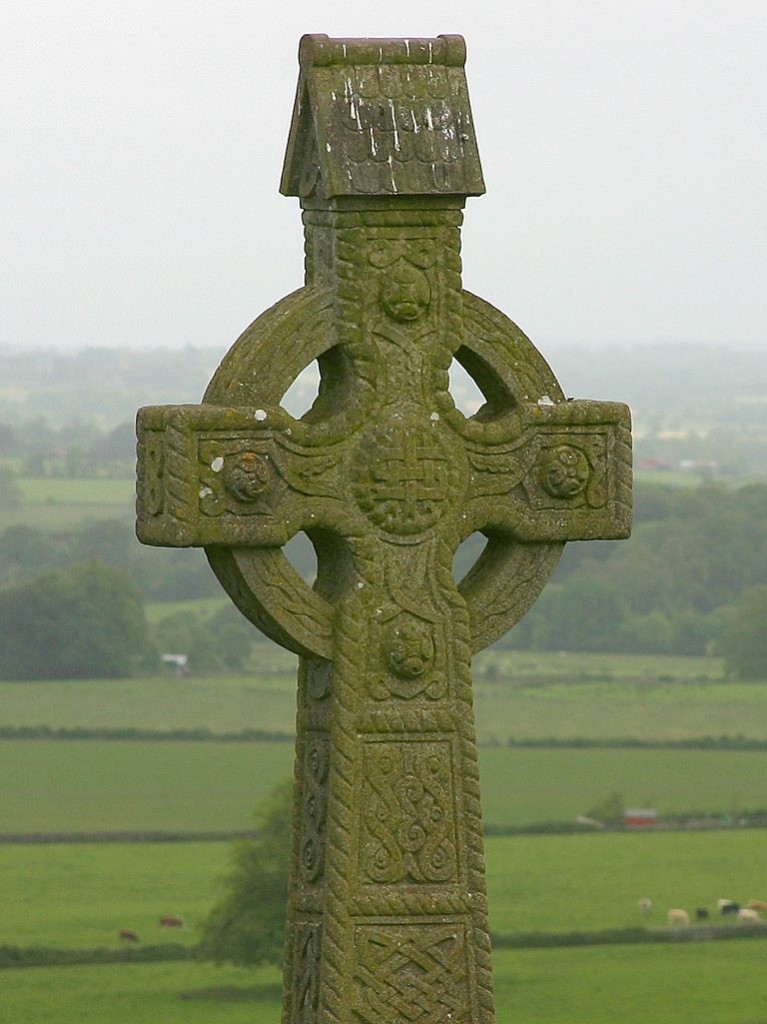