You are here: Home › Uncategorized › Vessels

I recall several lectures at the Pacific School of Religion focusing on the work of the versatile scholar, geologist, theologian and Biblical archaeologist   William Fredrick Bade. He carried out excavations at Tell en-Nasbeh  in Palestine. Much of the artifacts are housed in the Bade Museum, located on the Pacific School of Religion campus. There, we learned about vessels, pottery shards, coins of antiquity that  confirmed biblical accounts. Much has been learned about the lives of the people of ancient times from the pieces, shapes, colors textures of vessels and the environment in which they were found. Ancient potteries were containers and vessels for holding some type of liquid, grain or manuscripts. Recall the Dead Sea Scrolls found in jars? 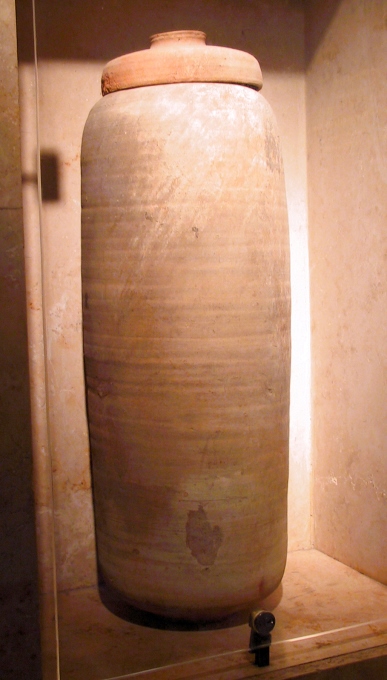 Those jars were most likely used to hold many other things before they became the repository of ancient’s texts hidden form the uninitiated. No one could have guessed the contents until it was opened.

It is like that with us. We, like vessels hold many things; but we are not the vessel itself; we are not our bodies, not our thoughts and we are not our feelings. Life-energy pours into the sacred spaces of our being and from the outside into our minds, and bodies.  Like ancient pottery, our minds and bodies hold secrets. Shouldn’t we examine what we contain, what we hold in our minds, bodies and spirits? Like the pottery in our homes, ancient pottery was designed for all kinds of uses. Archaeologists study the form/color/material, but only guess  what the vessel may have held because the contents changed. Basically, we create our reality when we become aware of our changing thoughts, feelings. What we do, say and think changes us. After all  isn’t that learning? Our awareness of what is happening changes us.

Every cell in our bodies and  minds is in constant motion and therefore constantly changing. Think about how you are affected and changed by what you have seen and heard about the tornadoes in Oklahoma and its aftermath. You may have already donated or are planning to help survivors and communities affected by the tornado. You may have relatives living in the areas, your thoughts and feelings are deeply affected. We respond to events and circumstances. 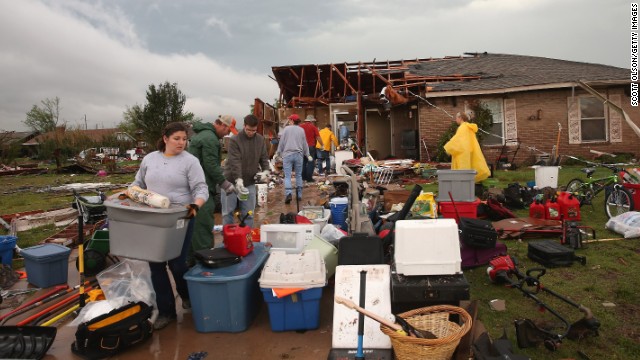 Shattered homes, broken pieces, damaged goods may not ever be be mended but people may be healed. Unlike the smashed pottery of ancient times and the trashed tornado sites of today, people can mend and heal. Our loving thoughts and actions can help bind-up broken lives. We can be like the The Good Samaritan in Luke 10:29-37  who helped the wounded traveler.

Compassionate caring response does not originate or end with us. It flows in and around us to others creating a new reality. We decide to help others and we are changed from within.  Max Planck, one of the most important German physicists, winner of a Nobel Prize in Physics in 1918; considered to be the founder of quantum theory delved into the innermost secrets of the life, His famous statement, “all matter originates and exists only by virtue of a force  which brings the particle of an atom to vibration and holds this most minute solar system of the atom together. We must assume’ , asserts Plank, that ‘behind this force the existence of a conscious and intelligent mind. This mind is the matrix of all matter.”  Not being a scientist I interpret to mean that the inflow of creative energy is not accidental, the love we sense when we respond with compassionate care is the intended purpose of creation. The inflow of love is unceasing constant and eternal though the vessel itself, our bodies are temporary. When the body and spirit suffer all is not lost. We recover slowly but surely in the outpouring of compassionate care. Life itself, is becoming always renewing from within.

A few websites for donating: 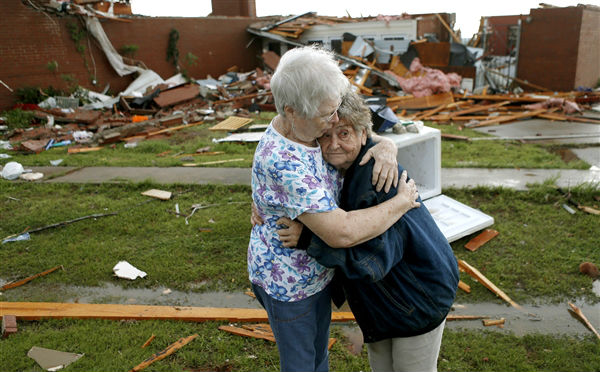 A hug changes everything for a survivor