Wherever I walk or happen to be, anything may beckon me to take a picture. Sunrises and sunsets still catch my eye but lately, trails, pathways and bridges call to me. I began to ponder why I was so attracted to these images. The answer came quickly and with certainty. During my student life, papers, exams, not even intense discussions with peers compare to my life as I am experiencing it now. Now, is real. Everything before was a rehearsal without costumes on an empty stage. All the studying, discussions and reflections have not prepared me for the real life I live now. I am on bridges over uncertain terrain in between boundaries headed toward the unknown region in myself.

Carolyn Myss in her meditations in Entering the Castle ,

inspired by Teresa of Ávila begins with the Entry Prayer 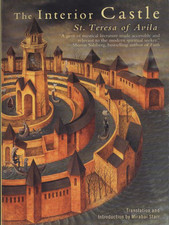 “I cross the bridge into the silent bliss of my Castle. I close the drawbridge and forbid all outside influences from entry into this holy place that is my soul. Here in my Castle, I am alone with God. Under God’s light and companionship I discover the depth and beauty of my soul. I embrace the power of prayer. I open myself to divine guidance. I surrender myself to become as a channel for grace” Teresa of Ávila reveled to her community the inward journey of the soul. Carolyn Myss takes a closer look at this journey in Entering the Castle, the journey one takes to be closer to the Divine in our innermost being.
Bridges allow us safe passage way over turbulent waters, deep chasms, and rough terrain toward new places.

While living in the East Bay area I delighted taking pictures of the Golden Gate while my husband drove over the bridge. 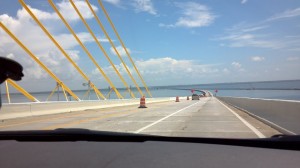 I was doing the driving and taking the pictures. Bridges serve as crossovers between boundaries. Take the beautiful bridge over the Rio Grande linking the US and Mexico. 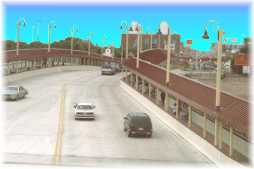 Bridges are also metaphors for crossing from one state of life to another one. Like the bridge between two countries allowing passage between the borders of two countries, a bridge serves as a passageway between one to another stage of life.
I am walking such bridges now. Though crossing the Golden Gate and the Tampa Bay Bridge was always an exciting experience the ones I “walk” now are arduous over uncertain and unfamiliar terrain. I take comfort in the seemingly trivial account of Jacob passing over the Jabbok, a river, the first border leading to Canaan in Genesis 32, according to Swedenborg, this passage over the boundary river signifies the beginning process of living the truths of faith not just knowing them. These steps are taken towards the soul’s ultimate goal: to enter a heavenly state signified the promised land of Canaan. Robert R. Leichtman in Building The Bridge to Heaven: Connecting with the Light, explores this same process. He suggests that the spiritual passage requires us to learn from problems which force us to gain wisdom. 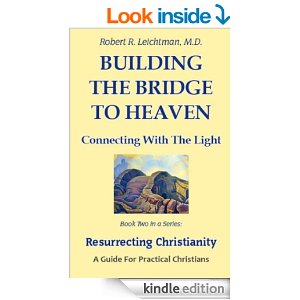 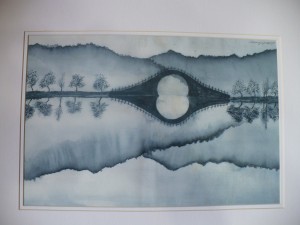