Every new beginning comes from some other beginning’s end. ~Seneca

Ne beginnings have so much promise. That is why we love celebrating New Years. I officiated two New Year’s Eve weddings. Bringing two people together to celebrate their commitments gives me joy. One wedding was private in the home of the couple but the other wedding was at Centennial Olympic Park in downtown Atlanta. 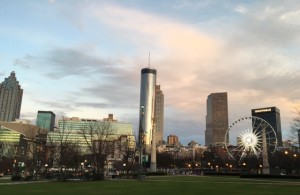 It was exciting to be there with all the events going on downtown but in that historic place throbbing with New Year’s Eve excitement marrying two people n love was most delightful.

“The beginning is the most important part of any work,” said, Plato . Though I do not disagree with the wise philosopher Plato, endings hold the seeds of the beginning. So if a marriage starts out with love and continues to be nourished with tears and joy, it will thrive and grow into a beautiful relationship. The love that binds two people in the beginning does not die or dissipate but flourishes and thrives in their innermost beings because it is life itself. God with us, the source of love.

We have a new chance every day, to be loving, forgiving and compassionate.

I am not much for new year’s resolutions but I believe in following one rule. Doing the things that give me joy. I will continue to officiate  weddings, offer spiritual direction, teach swimming and offer grief counseling. 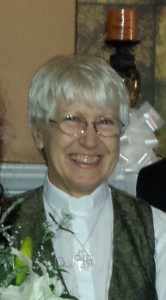